other, sister-in-law, and boyfriend. The weather was so beautiful for the bank holiday weekend that there was no way we could miss the opportunity. We all woke up to a yummy breakfast and had a lot of laughs before we got ready to leave.

We headed to the designer outlet nearby and ended up buying matching outfits ready for our family BBQ which was also planned last minute. We had such a great time and it was awesome to sit in the sunshine, relax, drink and laugh with my family. It’s always fun when we all get together because now we’re older we don’t get many chances to all be in the same place at once! 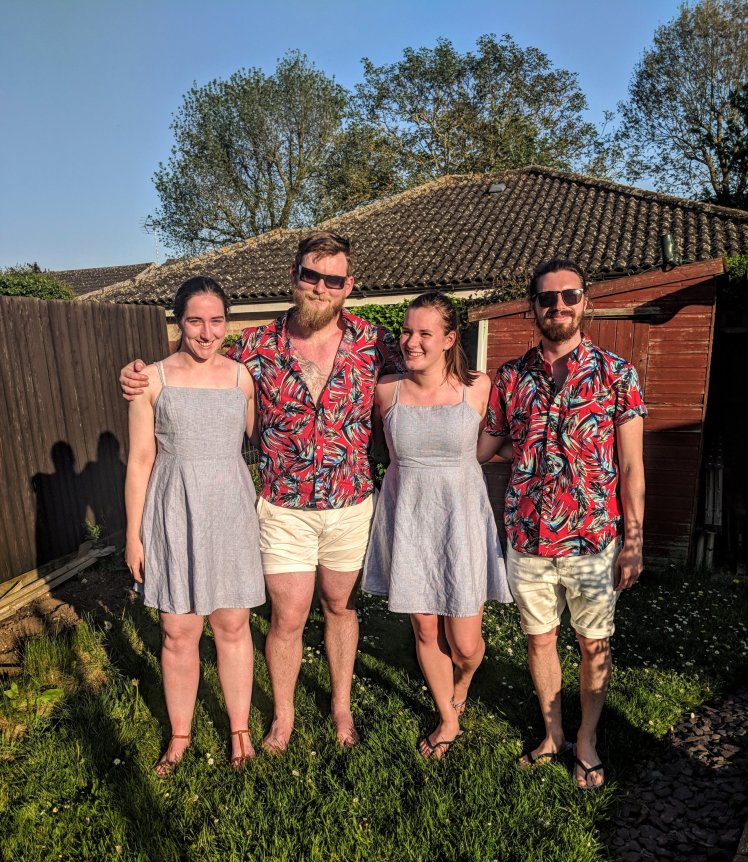 On Tuesday, it was time to head back to work but it was a really fun day. One of the perks of a nursery job is that we get to spend the day playing with kids (along with all the rest of the super stressful bits!) We had a farm come to visit on Tuesday with goats, bunnies, guinea pigs, ducks, and chicks! It was so awesome to see the animals and also to see how excited the kids were! Another highlight of Tuesday was that I picked up a few new books when I did the weekly food shop. I don’t know about anyone else but I love buying new books and I think it may actually be a problem of mine!

Another good day at work, I am very lucky to have such a fun job that I really don’t mind going in the mornings. The kids were really lovely today and they were really excited to see me. In the evening, my boyfriend and I went to look at a flat which we loved! It was such an ideal location for us and it was a beautiful place. We did decide to put an offer in but unfortunately, it got rejected as the owners were hoping for a bit more money than we had offered.

I didn’t really have much to write in my journal on Thursday – I tend to do three bullet points each day as it’s an easier way to encourage me to commit to it. Thursday’s bullet points included; We put an offer on the flat, I spoke to my brother on the phone and he made a thoughtful offer to me and I had a good day at work. Thursday evening I spent at brownies where we made princess castles out of old packaging. It was great to see the girls creativity in the castles they made and the stories they told about the princesses who lived inside.

I think Fridays are always my favourite day of the week because it’s full of anticipation for the weekend and everyone is in a great mood. This Friday was extra good because I managed to finish work a bit early which meant I came home to find my boyfriend cooking me a yummy dinner!

I woke up pretty early on Saturday to go and get my eyebrows waxed which always makes me feel like a whole new woman! My boyfriend went to view a flat whilst I was out which was apparently tiny and not very nice so, on we go with the hunt! I had fun spending some more time on my hair and makeup than I usually would. It was fun to experiment a bit more on my make up even if it was still just a basic smokey eye.

Once I was all ready, my boyfriend and I headed to old street in London for bottomless brunch. I have never had bottomless brunch before and now I think it’s probably safer that I avoid them. Instead of viewing it as a nice opportunity to chill out, enjoy some food and drinks with friends, we viewed it as a challenge to drink as much as we could. I found out the next day that we managed 5 bottle of prosecco, which explains exactly why I was stressing out, searching the bathroom in the pub for my phone which was in my pocket the whole time at 4:30pm.

I gave myself some time to sober up a little bit before I moved onto my evening plans and I jumped on a train to Camden to meet up with my friends from work and some of their friends for one of the girls birthdays. It was a great evening but I do wish I had been just a little bit less drunk so that I remembered more of it! That and I could have done without getting lost in London when I was wasted, my boyfriend’s phone dying and ending up in tears on the phone to his brother. We all do things we regret, right? 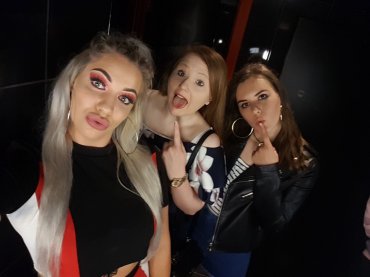 I was super hungover on Sunday as I had fully expected I might be. I actually felt better than I had expected! My boyfriend picked me up some vitamin water which helped enough to get me up and in the shower! I got ready and we headed out for lunch with my boyfriends family to celebrate his brothers birthday. We had a lovely meal at Wildwood where I ate the yummiest gnocchi – I wish I could cook it that well!

When we got home I had fun taking some pictures of the new bracelets I got from @bertsjewellery – I’m really happy with how the pictures turned out and if you want to see the blog post that goes with them check it out here.